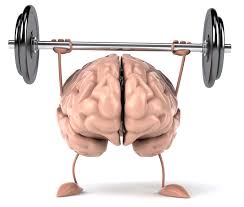 Got a clinical problem?  You probably want to solve it with evidence—STRONG evidence.   Click on this link to see one well-accepted hierarchy from strongest #1 to weakest #7 (Melnyk & Fineout-Overholt, 2005).   Today let’s look at the 4th strongest level of evidence = Case controlled or cohort studies

Click here for a quick review of the strongest 2 levels of evidence (#1 Systematic reviews, Meta-analyses, or Evidence-based clinical practice guidelines based on systematic review of RCTs. #2 Randomized controlled trials)

Now on to the new “stuff”

The weaker 4 levels of evidence are non-experimental designs. This means that the researcher merely observes & does Not do anything to subjects. So how does that work?!

First, a cohort study (non-experimental). A cohort study starts with a group of people who have something in common and then the researcher observes only & keeps collecting data from them over a long time into the future. Data collection into the future is called a prospective study.  “An example is the Nurses’ Health Study, in which over 20,000 nurses were identified and followed-up annually with tests and surveys for over 25 years (this study is still ongoing). These studies provide very valuable information, but are obviously very expensive and time-consuming.”(OMERAD EBM course, 2008)

retrospective study. Again, from the OMERAD EBM (2008) site this example: “Patients with a disease are identified who have suffered a bad outcome such as death or recurrence, and compared with patients who have the disease but haven’t suffered the bad outcome. For example, a researcher might  identify a group of breast cancer patients who have died…, and compare them with a similar group of patients with breast cancer who are still living.”

Critical thinking: Which of these would be better for cas

e-controlled study and which for cohort study.

This site uses Akismet to reduce spam. Learn how your comment data is processed.