The public and lots of nurses have lots of questions.   Our evidence-based knowledge is evolving.  Here’s some of the latest (Aug/July 2016).

You can set up a free account with Lippincott to access this 3 page article that translates current research into practice for you.

O’Malley – Zika virus: What we know and do not know: 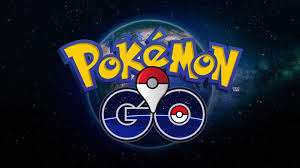 Don’t Go Pokemon Go ….& if you must, watch out!  New privacy and safety dangers are being recorded almost every day.  The game is full of health and computer hazards, and has potential to distract workers from their life-saving care.

What is the evidence?  At this point mostly anecdotal reports and the anticipated possibility that healthcare workers could be distracted from life-saving work.  You need to translate this evidence into action.  Why would you do this with such relatively weak research evidence?  Because the risks are far higher to ignore it, & essentially NO risks if you use the evidence.   The BBB lists these problems & makes some suggestions based on incoming reports:

Translating this evidence into practice?  Think before you  Pokemon Go, if at all.  Talk to your patients–when people don’t feel well they are even more likely to be distracted.

Critical thinking?  1) List specific actions that you will do to promote privacy, safety and fight malware and infringement.  These can range from “never download;never play” to…..?    When developing this list specifically address the challenges above. 2) What about patient players?  staff players?  visitor players?  How should you help them to be safe?