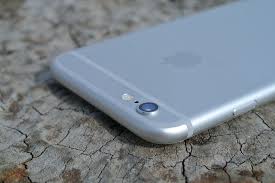 COMMENTARY: As with all qualitative studies, the value is on getting new, in-depth information on something that we know very little about, and their sample represented diverse perspectives.  A weakness is that the researchers used existing documents so that researchers couldn’t explore further and were limited to what these particular individuals chose to put out on a public site. Because RNs were not included, a parallel study of covert recording of RNs would be valuable.  RN-patient encounters are necessarily different from physician-patient encounters, and RNs have been rated by the public as the most trusted profession year after year in Gallup polls. I am unaware if anyone  knows the who, what, when, where, why, and how of covert recording of RNs.  Nonetheless, RNs should examine whether they would be comfortable with being recorded because we know that privacy standards, patient empowerment, and the proliferation of recording devices have changed.

CRITICAL THINKING: Imagine that your most recent patient encounter had been recorded.  Clinically would you have done anything differently?  Ethically do you consider this right and good or wrong and bad?  Why?  Legally does your facility have and enforce policies/standards related to patients’ recording?   Whom in your facility would you go to for advice if you learned this was happening?  What are related patient privacy issues?  Should we fight against patients’ recording or assume that it will happen and find ways to make it work in provider/facility interests?  How would we do that?